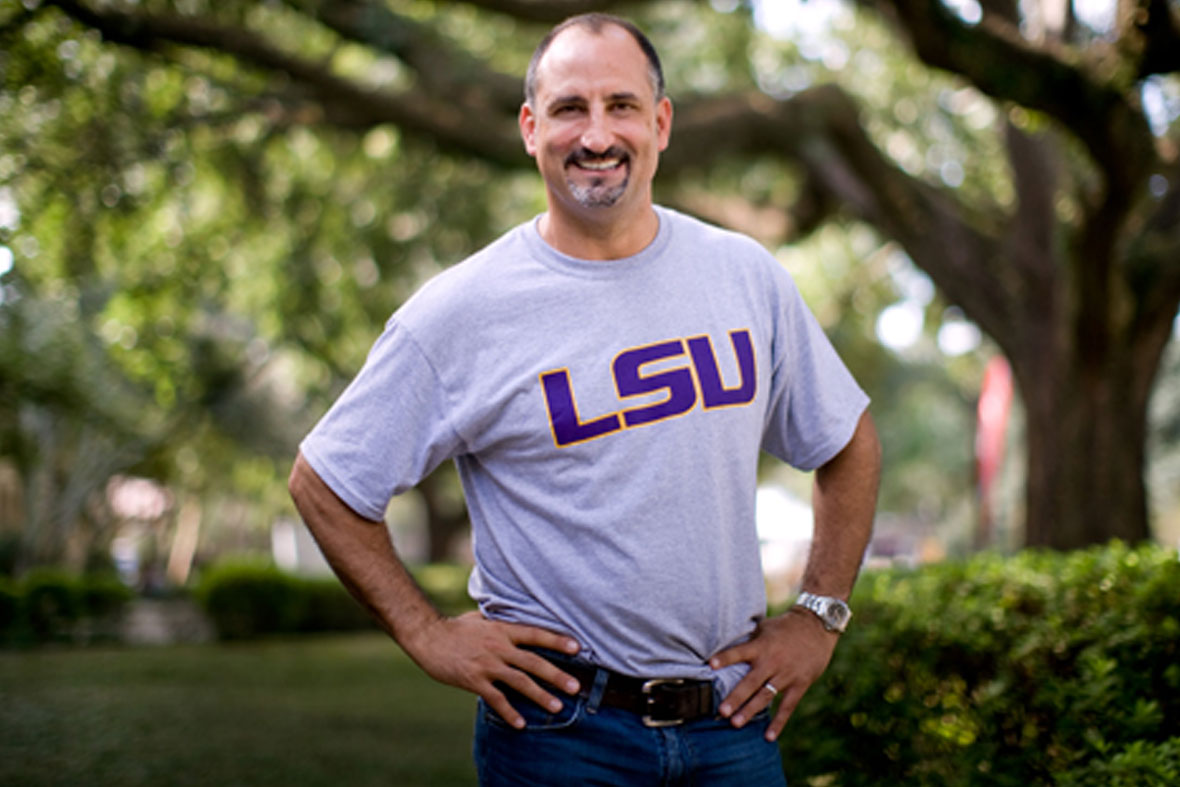 He fathered Megan Fox, was beaten up by Cameron Diaz and helped guinea pigs save the world.

He played baseball for the New York Yankees (Kevin Costner called him the ultimate reason “not to be a Yankee”), running back for the LSU Tigers and linebacker for the South Central Louisiana State University Mud Dogs.

Papajohn feels the wrath of Spider-Man (Tobey Maguire) in Spider-Man…
Quite a checkered post-LSU career for the starting center fielder on the Tigers’ first-ever College World Series baseball team, don’t you think?

In 1986, Michael Papajohn was starring on the diamond, hitting .296 as the Tigers made their inaugural trip to Omaha, Neb., for the College World Series.

Two years later he was on the silver screen as an actor, appearing as an extra in Everybody’s All-American, where he served as Dennis Quaid’s stunt double while also playing two other minor roles.

“They were coming to shoot a movie at LSU, and it was in the Reveille that they wanted extras,” Papajohn said. “I ended up going to the Sheraton Hotel, met with (technical advisor) Lew Erber, and he said we’d play college football players.

“Later on in the shoot they said if anyone wanted to take hits or deliver hits they’d pay more money. I was down in the end zone, and me and my teammates set up a hit; I did a flip in the air, and they cut my legs out from under me. The producer and director saw it, so I ended up doubling Dennis Quaid and making more money.”