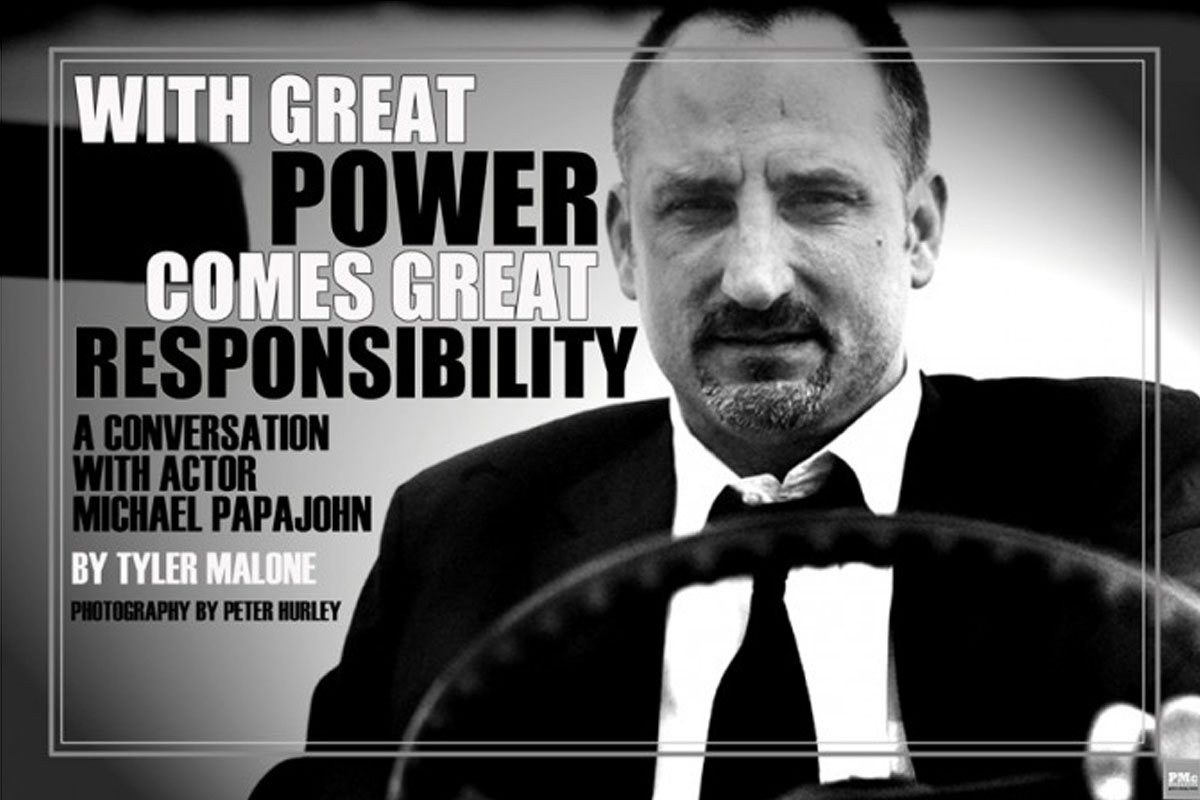 You probably don’t know the name Michael Papajohn, but you most likely know his face. He’s appeared in countless movies over the years. You may recognize him from Charlie’s Angels or For Love of the Game, from Hulk or House of Sand and Fog, from The Longest Yard or Terminator: Salvation. He was a stuntman for films as diverse as Titanic and Waterboy, What Dreams May Come and Enemy of the State. His CV is a mile long, and it includes art films and blockbusters, box office successes and duds, and everything in between. But he’s probably best known for his portrayal of the Carjacker in the Spider-Man trilogy. Yup, he’s the guy who killed Uncle Ben in the first movie, and set Peter Parker on the path to become Spider-Man. (Though, by the third movie in the trilogy, his character had been retconned to be absolved of the murder, and now it seems it was actually Flint Marko / The Sandman who was to blame for the death of Uncle Ben.)

What’s interesting is Michael Papajohn is back in the new Spider-Man movie, The Amazing Spider-Man, as a different character. He doesn’t see it as anything abnormal, after all an actor’s job is to lose himself in the character, to tell the story. Surprisingly though, The Amazing Spider-Man isn’t even his biggest film of 2012. Michael Papajohn will play a small role in the most anticipated film of the year–and probably in many years–The Dark Knight Rises. He’ll also appear in The Bourne Legacy this year, and This Means War, and The Gangster Squad–all five films are poised to be big films in 2012. With such an action-packed year ahead, I knew I had to catch up with this stuntman turned actor for PMc Magazine‘s Creative Issue.