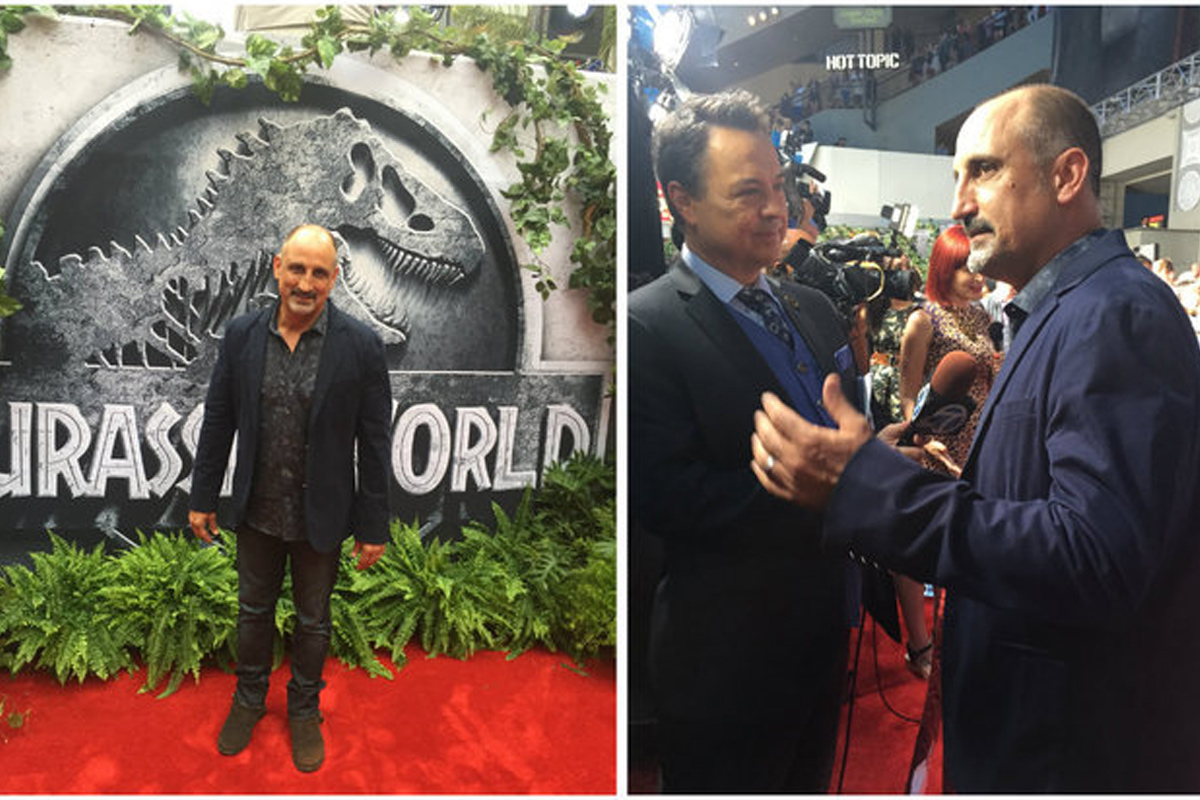 Michael Papajohn has delivered hits for Adam Sandler in “The Waterboy,” played ball with Kevin Costner in “For Love of the Game,” and gotten blown away by Arnold Schwarzenegger in “Eraser.”

Now, the former Vestavia Hills resident goes up against a rampaging Indominous rex in the summer sci-fi blockbuster “Jurassic World.”

Papajohn, a Hollywood stuntman-turned-character actor, appears as an InGen contractor who is the right-hand man to the Jurassic World theme park security chief played by Vincent D’Onofrio of “Full Metal Jacket.”

“I had three scenes with him, and my biggest scene got cut,” Papajohn says in an interview with AL.com. “But you’re going to be able to see me. . . . I can’t talk much about the story, but I’ve got a scene at the end of the movie that I’m real proud of.”

Papajohn also has a scene with BD Wong, whose character, Dr. Henry Wu, appeared in the original 1993 “Jurassic Park” that was directed by Steven Spielberg.